A family business from Venlo, full of ambition

In 1952, Toon Vostermans started a pattern shop in his parents' back garden. When his son Henk Vostermans joined the company in 1983, the company developed into a global player in the production of fans. From 2013, Joris Vostermans has been the third generation to help determine the course. 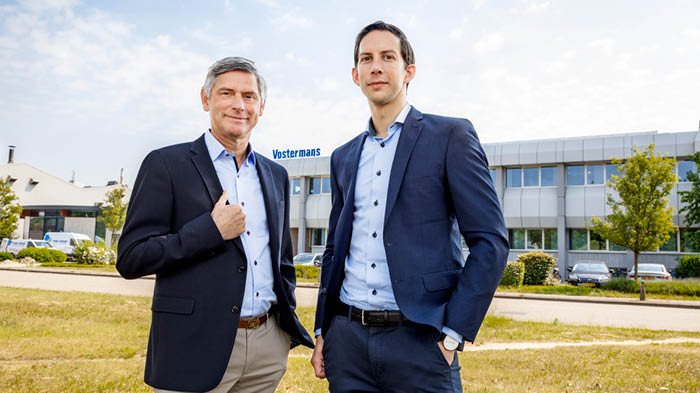 In 1958, Vostermans produced its very first fan. The agricultural sector in and around Venlo was growing exponentially at that time. As a result, Vostermans saw the opportunity to make the production of fans his main activity. Due to a global trend, the market was soon expanded outside of the Netherlands and into new agricultural markets.

In 1965, it was decided to expand the organization by adding a sand foundry. An aluminum high-pressure foundry was added later, due to the increasing demands for more accurate casting parts.

In 1984, Vostermans was already exporting to more than 40 countries worldwide, and the Multifan brand became a leading concept in the agricultural sector. When Henk Vostermans joined the company in 1983, the growth of the organization in both production numbers and sales areas accelerated.

In 1989, Henk Vostermans opened a 2nd sales location in Bloomington, United States. He then quickly decided to add a production department in order to keep sale prices low. His new location soon turned out to be an important step in the further growth of the organization.

For years, EMI Indolec was the leading fan manufacturer worldwide. In 2006, both the organization and the product portfolio were taken over by Vostermans Ventilation. This has enabled us to further expand the options we can offer our customers.

Our Malaysian facility was opened in 2005, to respond to shifts in food production. In 2016, we opened a second Asian office in China to meet increasing demands.

We have always attached great value to quality and innovation. That is why, soon after Vostermans was founded, an in-house R&D department was created to improve existing products and develop new ones. An important milestone was reached in 1980, when the water and dust-resistant fan motor was developed.

With the globally shifting demand for more energy-efficient products and increasingly stringent environmental laws, we can see an important role for us. That is why our current focus is on producing energy-efficient fans and refining ventilation systems using ECplus and Vplus technologies.

We are your partner

Partnership, loyalty, and trust are anchored in our family business. We strive for global reach with a local focus. This is the result of the entrepreneurship and innovation that originated from a mold-making company founded in 1952.

Stay up to date